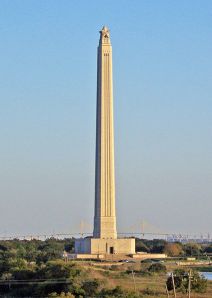 On April 21, 1836, the Texan Army (about 900 strong) under Sam Houston decidedly defeated the Mexican Army (just under 1400 men) under General Santa Anna. Apparently, Santa Anna was confident in his army’s superior numbers and weapons, but Houston made a surprise attack in broad daylight during the afternoon siesta. Surprisingly, there were no guards posted to sound the alarm.

Today Texans celebrate San Jacinto Day because that is the day that they (practically) won independence from Mexico. Official recognition came much later, but Santa Anna was captured and his troops withdrew. A festival and reenactment is held every year at the site near San Jacinto. 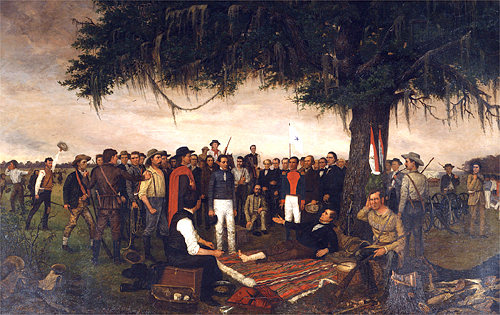 “Let them give glory to the LORD
and proclaim his praise in the islands.
The LORD will march out like a mighty man,
like a warrior he will stir up his zeal;
with a shout he will raise the battle cry
and will triumph over his enemies.”

Posted in U. S. history