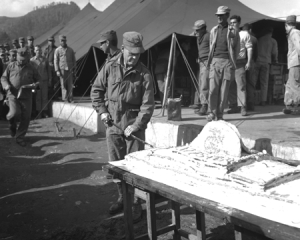 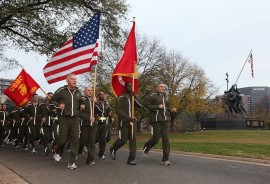 Since 1921, the Marines have celebrated USMC Day with an official birthday ball. This usually includes a banquet and dancing, but can also include concerts, mock battles, a unit run, and a pageant showing Marine uniforms through the decades. 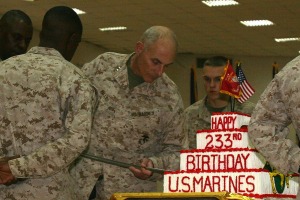 The birthday cake is always cut with a sword in an official ceremony. The first slice is given to the oldest Marine there. Then he gives that slice to the youngest Marine present, showing how older soldiers passing on their knowledge and experience to the next generation.

Since I’m not exactly expecting an invitation to the USMC Birthday Ball, I vote for celebrating the Marine Corps’ birthday by letting both current and retired Marines know how grateful we are for their service.

“Give everyone what you owe him: If you owe taxes, pay taxes; if revenue, then revenue; if respect, then respect; if honor, then honor.”