Normally I don’t post holidays here that are named after specific brands, but I decided to break my rule for this one. Although Creamsicle is a brand name, I’ve heard plenty of people use it as simply another name for an ice pop, although not as frequently as you hear “Popsicle.”

Anyway, August 14 is National Creamsicle Day, and, if I make it to the store in time, I hope to celebrate the holiday with a nice, cold (probably store brand) ice pop! It’s a great way to cool off on a hot, August night.

Or maybe I’ll get some ingredients for one of these homemade popsicles. Tasty and nutritious, if you do it right!

“Like a snow-cooled drink at harvest time
is a trustworthy messenger to the one who sends him;
he refreshes the spirit of his master.”

Happy Daughter’s Festival! Also known as Chinese Valentine’s Day, Festival of Seven Daughters, Magpie Festival, and the Qixi Festival, this holiday is celebrated on the seventh day of the seventh month of the Chinese lunar calendar. 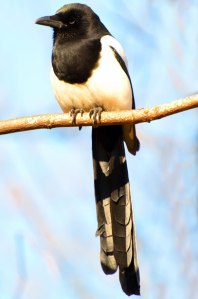 The holiday is based off an old story, told and retold time again so that there are dozens of versions out there. After reading a couple, here’s my version:

The Queen of Heaven had seven beautiful daughters, who came down to look at the earth. When they came across a lovely river, they left their clothes on the bank and began to swim.

When a herdsman, Niu Lang, passed by, he saw the women bathing, and took their clothes away. The seven daughters chose Zhi Nu, who was the youngest, a weaver, and the most beautiful of them all, to get out and retrieve their clothing.

While she was getting the clothes, Niu Lang saw her naked, so they had to get married. Nevertheless, they were quite in love with each other and very happy together.

Years later, her mother had enough of her absence and ordered her to return to heaven. However, once Zhi Nu was back home with her mother and sisters, she missed her husband horribly. Seeing how unhappy her daughter was, the Goddess of Heaven grudgingly allowed them to see each other for one day of each year. Thus, her seventh daughter visits her husband on the seventh day of the seventh month.

In another version, people celebrate the Magpie Festival because the weaver girl (who weaves clouds) and her cowherd husband can only get together once a year when all the magpies of the world form a bridge across the Milky Way, so they can cross and see each other.

On further looking into this celebration, I can see that it once was a very religious holiday, and may still be in some circles. In others, though, it is simply another day to celebrate daughters and marriage with an old folk story. You can celebrate today by wishing your daughters (or daughters-in-law) well, letting your son-in-law (or sons) know how glad you are they’re in the family, and, perhaps, saying something sweet to any newlyweds you know.

“Daughters of Jerusalem, I charge you
by the gazelles and by the does of the field:
Do not arouse or awaken love
until it so desires.”

P.S. August 13 is also National Left Handers’ Day, so be sure to celebrate any left handed people you know, and maybe try doing some stuff with your left hand yourself (it’s nearly impossible for me!). Or, if you are left handed, have fun with it! It’s your day!