September 30 was chosen for a very specific reason; it is also the feast day of St. Jerome, who translated the Bible into Latin (now known as the Vulgate) in the late 300s. He was a priest, and, eventually, a Doctor of the Church, who published a great many translations and commentaries as well as historical and theological writings. Because of this, he is now known as the patron saint of translators, librarians, archivists, and Bible scholars. Thus, it’s fitting for International Translation Day to be held every year on the feast day of such an ancient yet still well known translator.

“Undoubtedly there are all sorts of languages in the world, yet none of them is without meaning. If then I do not grasp the meaning of what someone is saying, I am a foreigner to the speaker, and the speaker is a foreigner to me. So it is with you. Since you are eager for gifts of the Spirit, try to excel in those that build up the church.”

This day is actually nothing like I first thought when I heard the name. I was picturing moms that are just so great you want to give them a star sticker, like the kids that get a sticker for being good at the doctor’s office. I suppose these moms do deserve a star like that, but the holiday is about something else entirely.

During World War I, U.S. families with men in any of the armed forces began to display “service flags,” a custom that is still used today in some areas. A service flag is white in the middle with a large red border around it. Each family member in the forces is represented by a blue star. However, if one of them dies during service, their blue star is changed to gold.

The Gold Star Mothers organization was begun by a woman named Grace Darling Seibold. When her son, George Vaughn Seibold went overseas, Grace joined many other mothers, sisters, and wives in the important work of caring for and encouraging injured servicemen in the local hospitals (she lived in DC).

After a time, all letters from George ceased, and after a few months of agonizing hope and despair, the Seibold family learned that George had died in combat.

In her grief, Grace continued to volunteer at the hospitals, but she also began reaching out to other mothers who had lost children in the war. Years later, on June 4, 1928, Gold Star Mothers was officially established with the goals of comforting each other and comforting the many injured servicemen in the hospitals, so far away from their own mothers.

Now, Gold Star Mothers is open to any mother whose child has died while serving in the United States Armed Forces.

Gold Star Mothers Day is celebrated every year on the last Sunday in September.

“Offer hospitality to one another without grumbling. Each of you should use whatever gift you have received to serve others, as faithful stewards of God’s grace in its various forms.”

In  the early 1970’s, Becky Mattson, from Montana, began campaigning for a day to celebrate and encourage good relationships among neighbors. Several presidents issued proclamations for the day, and, in 2003, September 28 was officially declared as National Good Neighbor Day.

To celebrate, go chat with your neighbors, whether or not you know them yet. Bring a baked good, invite them for dinner, or whatever you think would be a good way to show them your appreciation.

The verse today is by far the longest I’ve ever included, but I think it’s worth it:

On one occasion an expert in the law stood up to test Jesus. “Teacher,” he asked, “what must I do to inherit eternal life?”

“You have answered correctly,” Jesus replied. “Do this and you will live.”

But he wanted to justify himself, so he asked Jesus, “And who is my neighbor?”

In reply Jesus said: “A man was going down from Jerusalem to Jericho, when he was attacked by robbers. They stripped him of his clothes, beat him and went away, leaving him half dead. A priest happened to be going down the same road, and when he saw the man, he passed by on the other side. So too, a Levite, when he came to the place and saw him, passed by on the other side. But a Samaritan, as he traveled, came where the man was; and when he saw him, he took pity on him. He went to him and bandaged his wounds, pouring on oil and wine. Then he put the man on his own donkey, brought him to an inn and took care of him. The next day he took out two denarii and gave them to the innkeeper. ‘Look after him,’ he said, ‘and when I return, I will reimburse you for any extra expense you may have.’

“Which of these three do you think was a neighbor to the man who fell into the hands of robbers?”

The expert in the law replied, “The one who had mercy on him.”

Jesus told him, “Go and do likewise.”

Native American Day is celebrated every year on the fourth Friday in September. In 2013, this falls on September 27, the same date as Ancestor Appreciation Day, which seems pretty appropriate to me. How many of us have a Native American somewhere in our bloodlines? I can point back to a great, great, great, great grandmother, a Cherokee, affectionately known as Little Granny, since she was so small.

Native American Day is a great time to learn about those tribes that lived where you do. Select your state from the map on this page to find more information about those who lived here before you!

“Praise the Lord, all you nations;
extol him, all you peoples.
For great is his love toward us,
and the faithfulness of the Lord endures forever.

There are actually two Johnny Appleseed Days each year. The first comes on March 11, his traditional death date (I wrote about it here.). The second is on September 26. Johnny Appleseed was born on this day in 1774 in Leominster, Massachusetts, right during the Revolutionary War (The Battle of Bunker Hill was fought three months earlier, about 40 miles away.).

Johnny Appleseed may be more legend than man, but there really was a person named John Chapman who wandered the uncharted woods of America in the early 1800s, reveling in God’s creation and leaving apple trees behind him. It’s no wonder his story is so popular!

“Like an apple tree among the trees of the forest
is my beloved among the young men.”

September 25 is National Comic Book Day! There are all sorts of genres available for reading today, but since I am a long way from any comic book store and there aren’t that many comic books in my house, I’m ridiculously excited to have discovered this site: The Digital Comic Museum. The comics here are all public domain and you can download them for free. I’ve only just discovered it recently, but it looks like you can read about superheros, detectives, soldiers, aliens, etc.

How about The Texan

for all those superhero comics:

“The Nephilim were on the earth in those days—and also afterward—when the sons of God went to the daughters of humans and had children by them. They were the heroes of old, men of renown.” 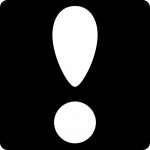 Happy National Punctuation Day! Every September 24, “grammar police” scour the countryside for punctuation mistakes to correct. Actually, “scour” is probably the wrong word here. A better term would probably be “glance about casually while grammar mistakes assault them from all sides,” but that seemed a bit wordy to me. 🙂

Last year, my National Punctuation Day post included links to several websites full of hilarious mistakes. Fortunately for everyone involved, that still seems like a great idea to me.

“For truly I tell you, until heaven and earth disappear, not the smallest letter, not the least stroke of a pen, will by any means disappear from the Law until everything is accomplished.”

A Year of Holidays
Create a free website or blog at WordPress.com.